Discover
What to do?
Practical
Home Agenda The Battle of Castillon
Aa - +

The largest show in Aquitaine returns in 2021!
400 volunteer actors and 50 riders will offer 15 performances in a spectacular show at the foot of Castle Castegens in Belvès de Castillon on a scenic area of 7 hectares, 3 km from the historic battlefield.

It leads the audience in an intense medieval epic, the heart of the history of the reign of Duchess Eleanor until the last battle of the Hundred Years War, July 17th, 1453.

After 300 years of conflict, the Guyenne joined the Kingdom of France. 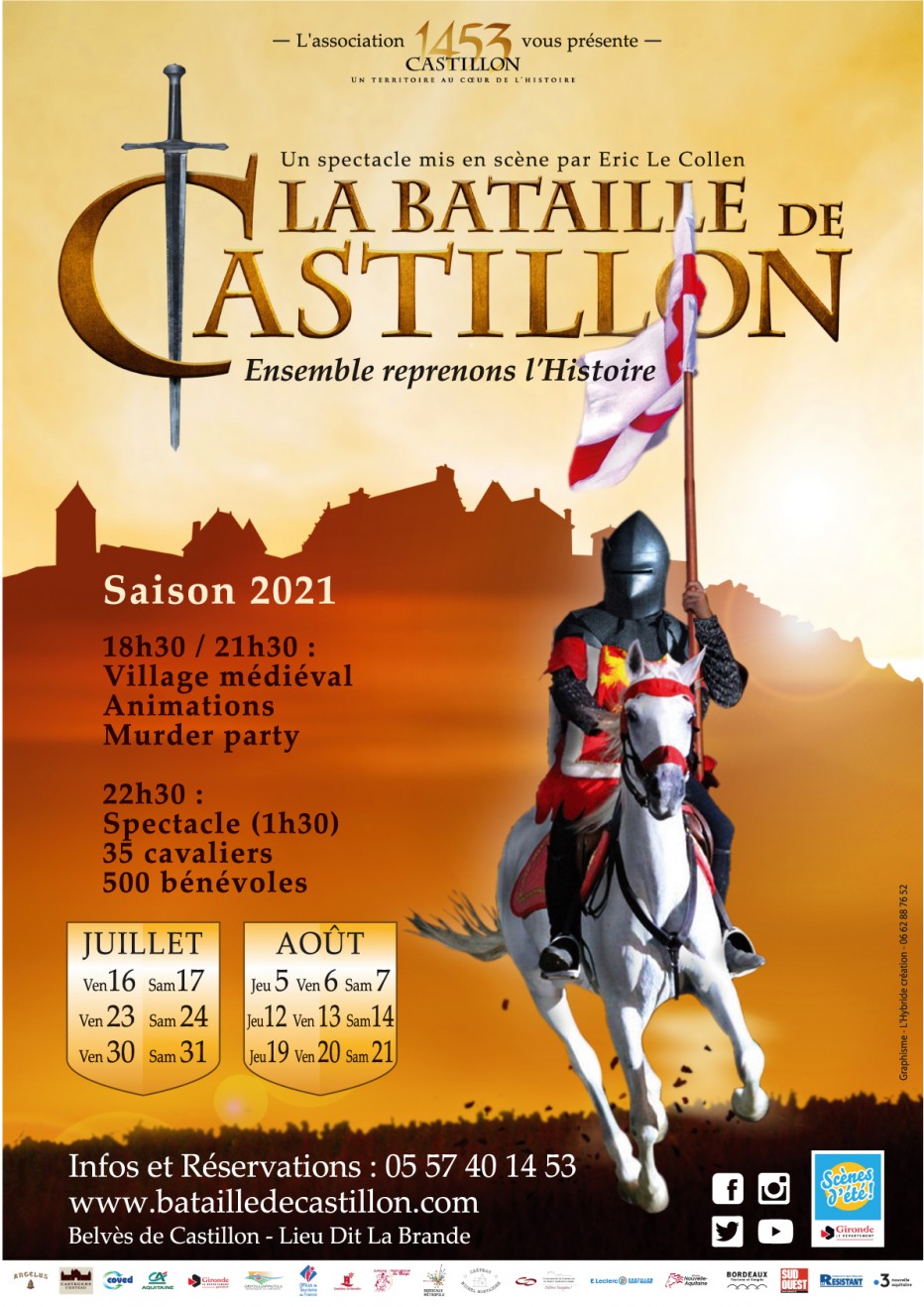 You can eat onsite or take a picnic, there are shops, medieval games, weapons handling demonstrations, farm animals... will take part in the magic of the 15 evening shows.
Here are some images of the Bataille de Castillon!