For the twentieth anniversary of the inscription of the Jurisdiction of Saint-Emilion on the UNESCO World Heritage List as a Cultural Landscape, the new "Art by Saby" gallery wanted to start its first artistic programming as a celebration. It gave carte blanche to the Bordeaux artist Arnaud Faugas for an exhibition in homage to this medieval city known throughout the world.

The exhibition will be held from June 13th to August 2nd.

Born in 1960 in Bordeaux, Arnaud Faugas lived in Paris before moving to London and then New York. After a long American stay, he returned to his hometown and began his artistic career. His style is in keeping with the great Anglo-Saxon tradition where sketches abound in an ensemble in order to
to tell a story. In Arnaud Faugas' work, the line becomes writing and colour a universal language.

Opening on Thursday, June 13th, 2019 at 6:30 pm
in the presence of the artist and tasting of the Saby family wines 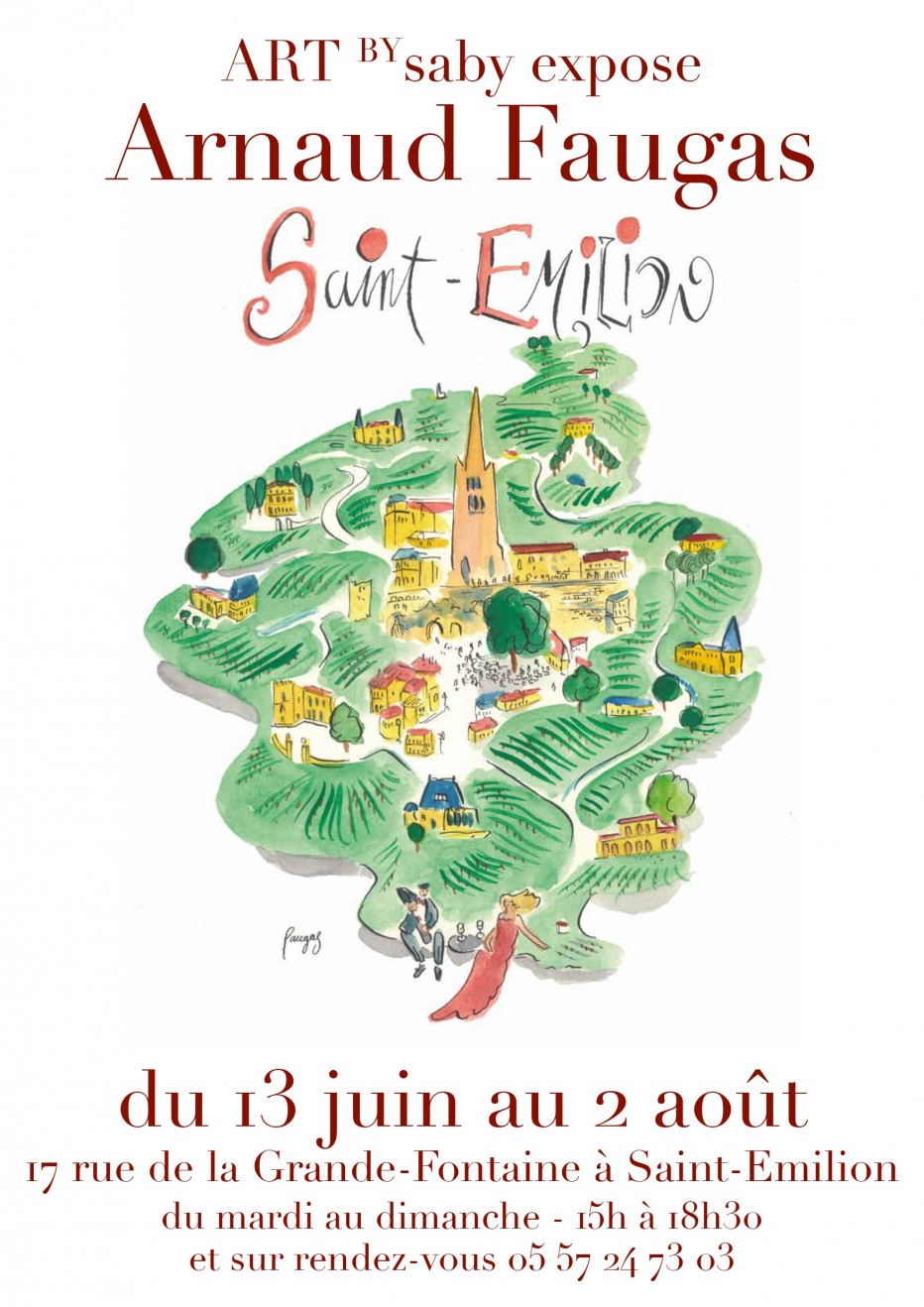