Discover
What to do?
Practical
Home Discover Major Events The Battle of Castillon
Aa - +

The biggest show of New Aquitaine

400 volunteer actors and 50 riders set themselves on stage to create a grandiose show at the foot of Château de Castegens in Belvès-de-Castillon on a 7-hectare stage, 3 kilometers from the historic battlefield.

The "Battle of Castillon" evokes, in 1 hour 30, the English Aquitaine and the final battle fought at Castillon, between the Anglo-Aquitaine forces and the French army of Charles VII.

It takes the public in an intense medieval epic history, in the heart of the history of the reign of Duchess Aliénor, until the last battle of the Hundred Years War on July 17th, 1453. After 300 years of conflict, Guyenne joined the kingdom of France.

Beyond the feats of arms, these intense 90 minutes, relieved of waterfalls and pyrotechnic effects, we dive back into daily life in the Middle Ages, between farms and inns, women at the well, scenes of harvest, hunting parties , grubbers and street vendors. 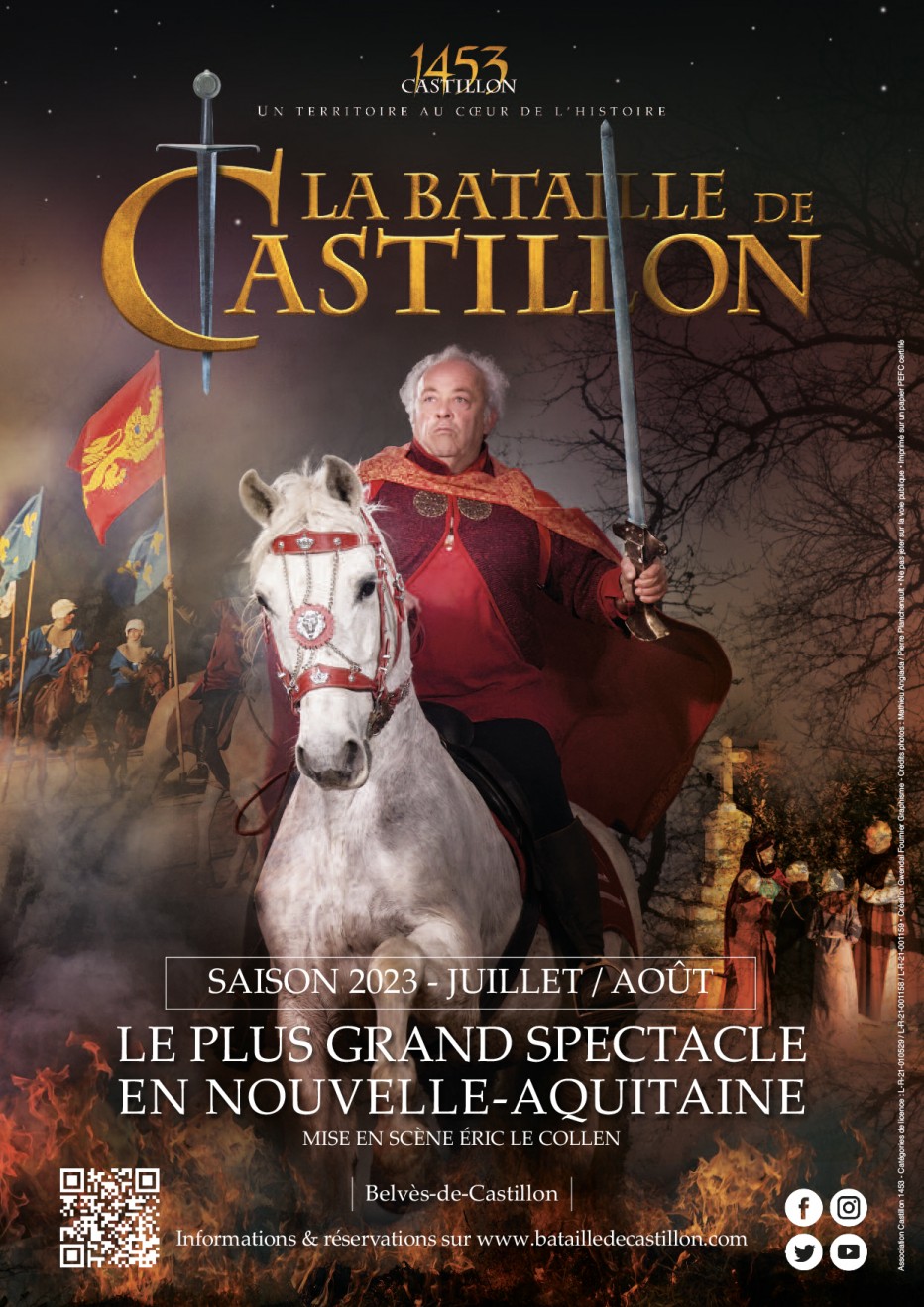 Animations for young and old

Medieval jousts and fights, dance demonstrations and theatrical stages are offered several times every evening before the show. Children are invited to participate in all kinds of ancient and traditional games and to discover the animals that participate in the show on their farm. Artisans and tradesmen propose their productions by strolling in the village where the amateurs of wines of Castillon Côtes de Bordeaux can taste them in the presence of the vine growers. A picnic area is available to visitors. The Auberge D'Aliénor can in turn restore nearly 900 guests at a time in continuous service from 19h.

The show in pictures