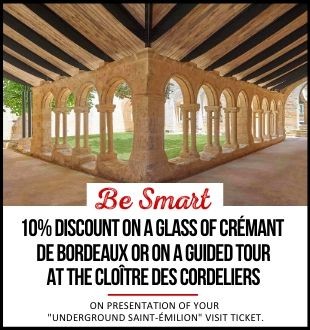 > The monolithic church is one of the remarkable sites of Les Iconiques en Gironde!